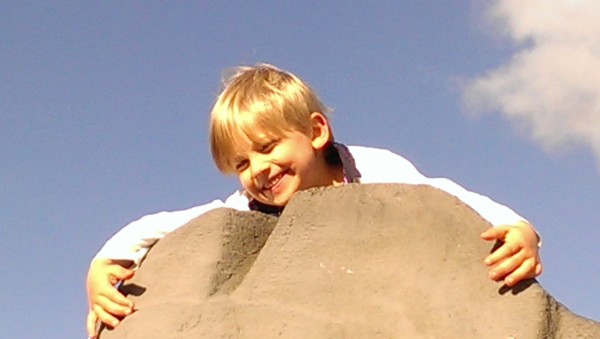 Why Homeschool? D) None of the Above…

“So, what school do your boys go to?”

It’s a question I’ve heard a few times before: at cricket, cubs, church and community. I have tried many answers from the cryptic to the blunt, but have settled on the very simple: ‘Actually, we homeschool’: no big deal, that’s just what we do.

The next question is almost always the same, whatever the length of the response or words used, it can be shortened to: ‘Why?’

That’s a fine question. It’s a question I need to know the answer to. It is not enough to merely do something because you’ve always done it – you need to know ‘why’.

I suppose for many who ask that question, there are three main assumptions of our motivations which can be summarised in this way:

There are small elements of all three in us, just as there are in many parents, but the main answer is: d) none of the above. Home education is a positive choice. We do it because we can.

The first step was realising that there was a choice beyond societal conformity. Having met other homeschooled children at all stages (from toddler to young adult) we realised that this was not a path to exclusion and separation – far from it, it is actually a much more natural, flexible and dynamic form of childhood than school. The children we met were articulate, wise, mature and, most importantly, confident in themselves.

Schooling in the way we have it in Britain today is under two centuries old, and reflects industrialisations’ reinvention of childhood: how precisely does sitting in rows quietly facing forward, taking down notes, answering the occasional question and then being put in an artificially constructed environment to test (mainly memory) equip our kids for their future working life?

That’s not to dismiss school, but merely to point out that it is a relatively recent invention and is not necessarily the perfect staging ground for adulthood. For many, particularly those who have no choice but to work, it is wonderful that this option is available and that is why I’m totally supportive of school. But, given the choice between the two? There’s great merit in home education.

But, What Will They Miss?

The conversation normally moves on at this point to the questions about the negatives, which again can fall into these general categories:

Again, none of these particularly keep me awake at night. Socialisation is again a bit of a thorny one, whilst there are many benefits of being in large groups of your own age, this is something that is peculiar to schools and colleges – it never really happens again past higher education.

And this point also should cover some of the social challenges of school: from verbal and physical bullying to peer pressure and many other kidulthood issues I won’t cover in a family blog. Exams are ‘to come’ and extra curricular activities are mostly outside of schools, so again this in not a problem.

I believe it’s as important as an adult to relate to people of different ages than those of the same age, so to equate socialisation with peer group is not comparing apples with apples.

So, again, my answer is: d) None of the above. I am concerned about what exams they take and get, but only as a specific means to an end – and not an end in itself. Academic excellence can open doors but it is not a guarantee!

Reflecting on my first day at my first full time job. I sat their in front of a computer and a phone. I looked around – waiting to be handed my work. Only then it dawned on me that I’d have to go out there and make my work, it wasn’t going to be brought to me. Not only that, but I need to work within a totally different social environment to one I have ever experienced.

That first month was a massive learning curve, 99% of what I knew was irrelevant. Maths and english helped, but even then it was not like I learned at school and university. I knew nothing. I wasn’t equipped.

But, What About The Future?

Every parent, at some point, worries about their kids future? Certainly I do. Because we homeschool there is more pressure as we can’t point at schools and teachers: we have to take full responsibility. Again, there are normally three assumptions:

Some or all of these may be partly true, but like many parents, we don’t have or presume to know the answers. We cannot foresee the future, but our aim is to give each of our sons every opportunity to pursue their calling, to find learning and work they enjoy. This is more important than ‘success’ in itself which does not lead necessarily to happiness or satisfaction.

Specifically, I want my sons to know that whatever options are put in front of them, there is always one that most miss: d) none of the above.

I want my sons to know that if they want to they can break the norm, they don’t need to be limited by average, that there are many more paths they can take. The horizon is much greater to those that look up.

Yet, Without Sacrifice, This Would not be Possible

It is one thing choosing homeschooling as a concept, and entirely different doing homeschooling. All this would not be possible without the sacrificial choice Ellen made.

To choose an unpaid full time role which lasts 12 hours a day 7 days a week. To be not just the teacher, but also the chef, the taxi driver and everything else during the day