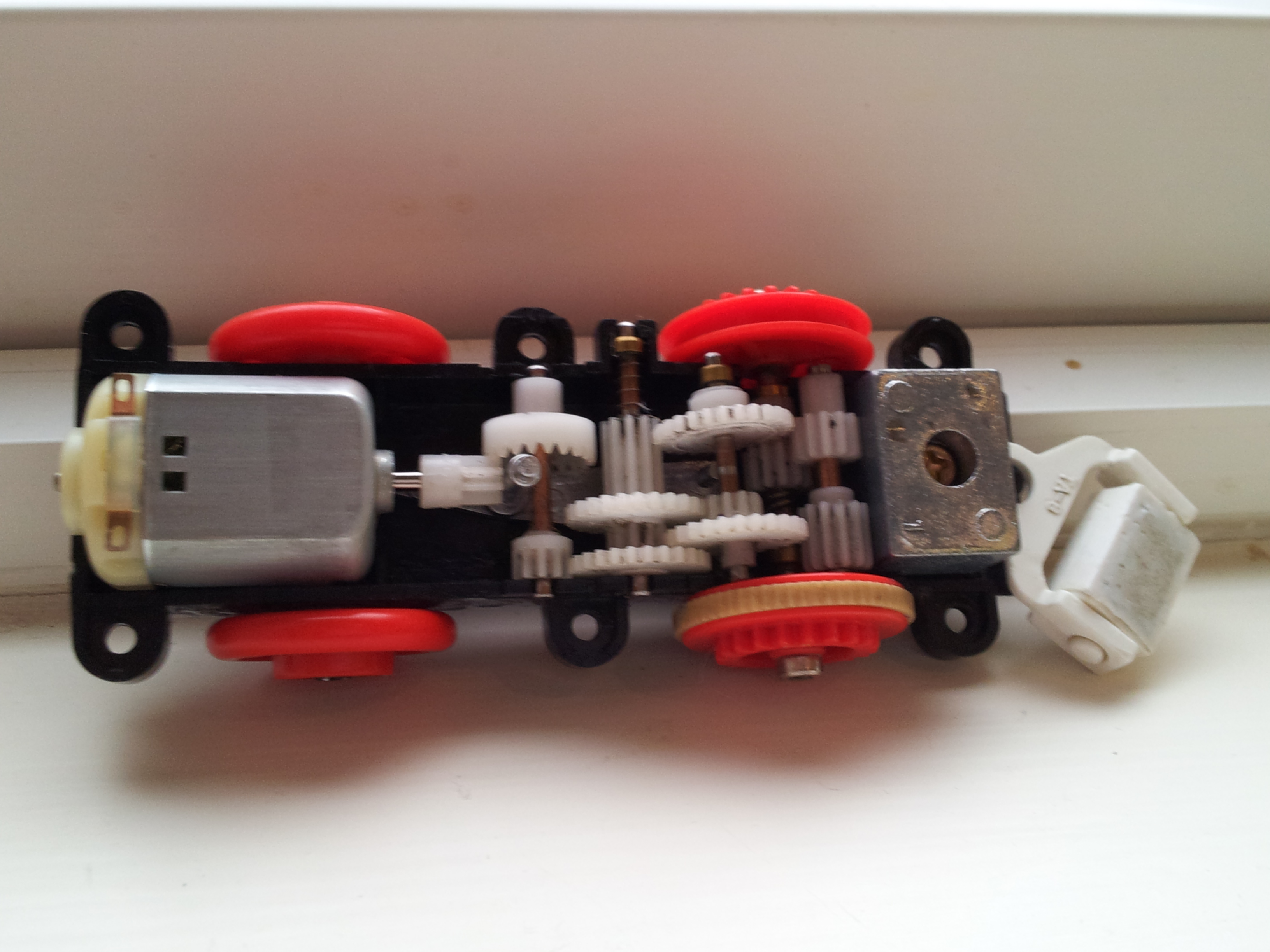 It all started when a friend of ours was emptying out her loft and decided to give away some of her toys and games, which she gave to us. Mummy brought them home, and we had lots and lots of fun with them.

There were quite a few things: a Star Wars Scene Builder from episode I The Phantom Menace, a Pss-14 Mini Keyboard, a Mouse Trap board game, a Tomy Thomas and his Friends train track, a farm set made of wood , and a small Tomy train set (my favourite was the Star Wars Scene Builder but my little brothers preferred the Tomy train sets. Josh liked the keyboard and the Star Wars set most).

At first, both of the Tomy trains worked perfectly, but after some time, one stopped working. I decided to take it apart and found there was a problem;  one set of cogs wasn’t grinding. 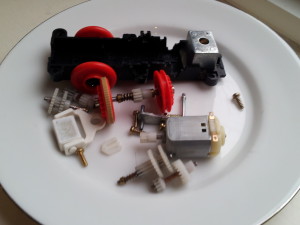 I turned the train on and it worked perfectly until it hit a switch on the track which made the train change direction and it stopped! Once again, I had to take it apart and try to work out what the problem was.

I discovered it was the switch that made it change direction (pictured above on outside and inside) that was interfering with the power switch. I found that the arm of the power switch was slightly bent on the inside, so I straightened it and then it worked.

When I was younger, I used to love trains, I still enjoy them now, but I prefer to discover how they work. I found it really satisfying to identify the problem and fix it.

Do you enjoy fixing things too? Tell me about what you like to fix…