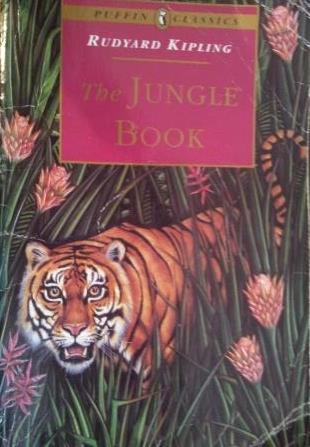 The Jungle Book was actually first written by Rudyard Kipling and it is different to the one by Disney although the names of the animals are the same and the main story is similar. This book is about a boy called Mowgli, who was a baby in a town on the edge of the jungle. The tiger Shere Khan tried to catch him, but a wolf pack rescued him and raised him.

There’s a group of monkeys called the Bandar-log who are always deciding something, but never doing anything about it. They have no law and no king; every monkey can do as he pleases. Mowgli rescued Akala (the leader of the wolf pack) from the other wolves and the book ends in a fight with the tiger, Shere Khan. The snake Kaa has a very different role in this story.

I really enjoyed this book; I think it is great; I like the descriptions of the jungle – they make you feel as if you are really there. It is written in old English, so this may make it more appropriate for nine years or older.