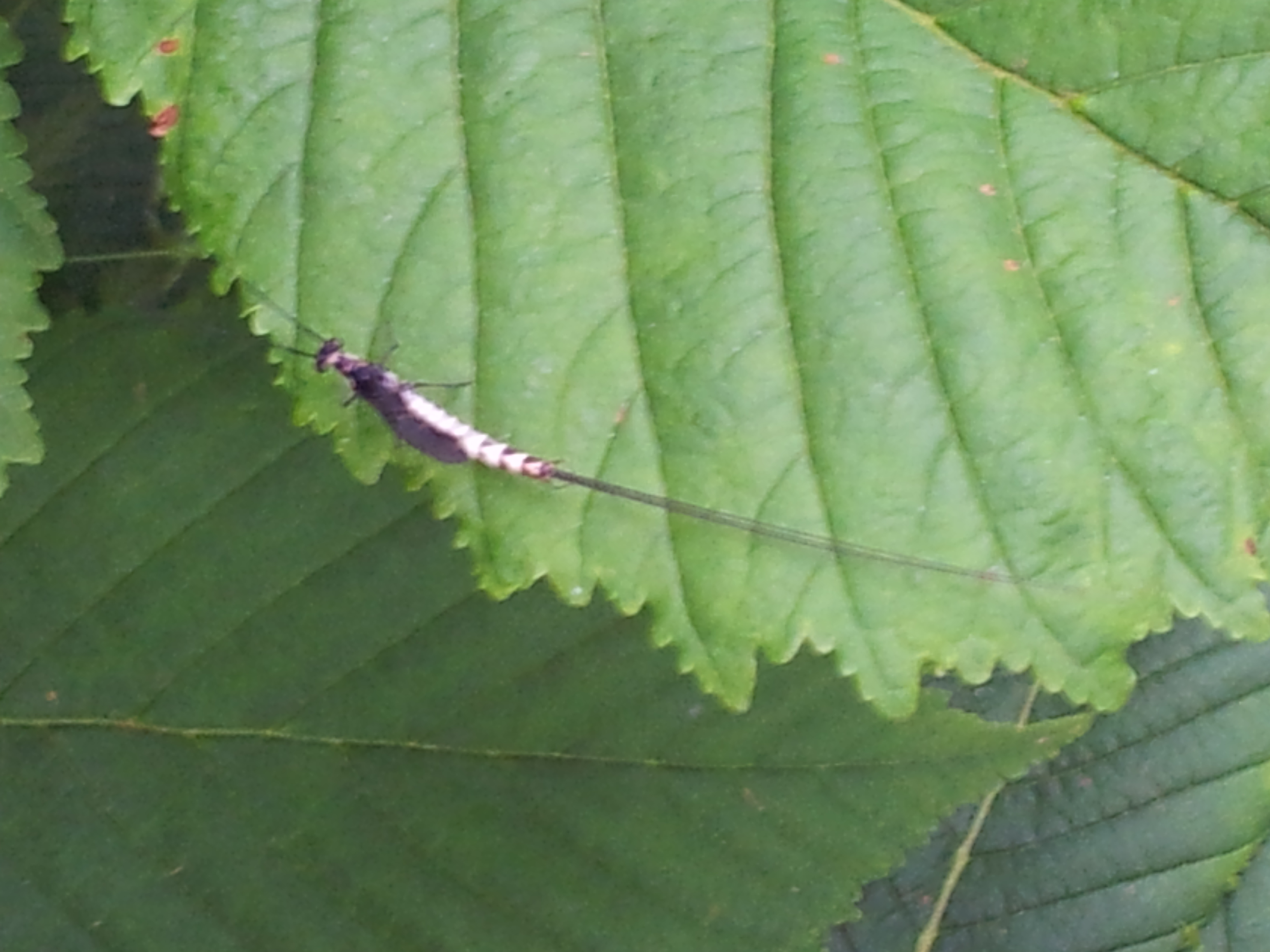 It was actually more fun than I thought it would be, and the walk also wasn’t as hard as I had imagined. Well, we started at Goring Gap, (the photo below) and it had already started drizzling, and Daniel came up with a joke; “What do you get if it rains on a water walk? …More water!” Although we thought if there was one place it was least like then, it was Tanzania. 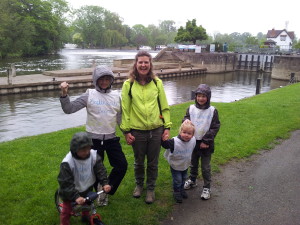 At first we walked beside the river and enjoyed ourselves there, and then we  turned away slightly (we could still see the river) and walked through meadow-y place (below) which had cows right at the end of it and bushes at the side, between us and the canal (sometimes we went inside the bushes, although Mummy rarely went in). 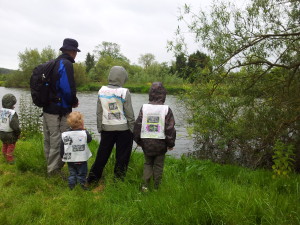 Next came an amazing bridge built by Isambard Kingdom Brunel,and then a simple path away from the river. The path led up into a wood, and levelled out. There was a fallen tree in the woods where we had a small snack on top. Then, we went on, and the path went upwards again and we found a Pill-Box (the gun post kind), took a photo, and again the path went up! 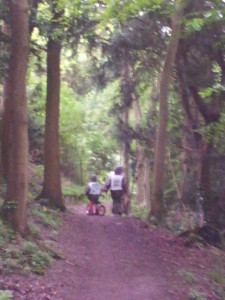 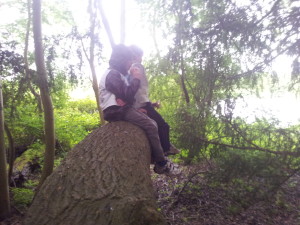 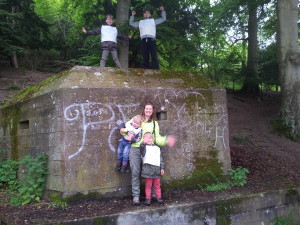 The path finally stopped going up, and levelled out, it looked like it was a long way down the almost sheer cliff so we decided to measure the distance down. To do this we threw a stone down and counted the number of seconds till it hit the bottom, multiplied it by ten, and then that is the approximate distance. The path kept going up for a few feet then flat for a few metres, then up again for a few metres. Until we came to a very steep downwards slope, where we had to stop while an excavator crossed the path! Another very very steep slope with steps (below) and then level again. 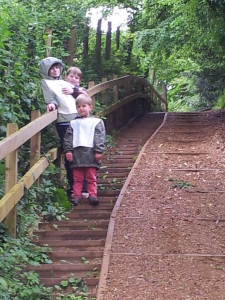 The path began to turn  into a sort of road, at the end of it was a real road with no pavement. Finally near the end of the road there was The Ferryboat Inn. We were a little tired but very happy to have reached the end. I was very proud of Isaac for completing the walk almost only on foot and on his Like-a-Bike. We flopped down on the benches outside the pub, had a photo before going inside to eat.

Whilst we were eating, Daddy had been going to collect our car. Suddenly, his dashboard said that one of his tyres was losing air, so he called the breakdown garage and stopped at the side of the road, just by our car. It took a while, but we finally got to have lunch with him. Janty, my Godmother was there too, and we had a nice lunch even though Daddy wasn’t there for most of it.

This was my favourite part of all of our Fundraising adventures. Thanks for your help, it looks like we’ve raised about £1800, almost reaching our target of £2000.