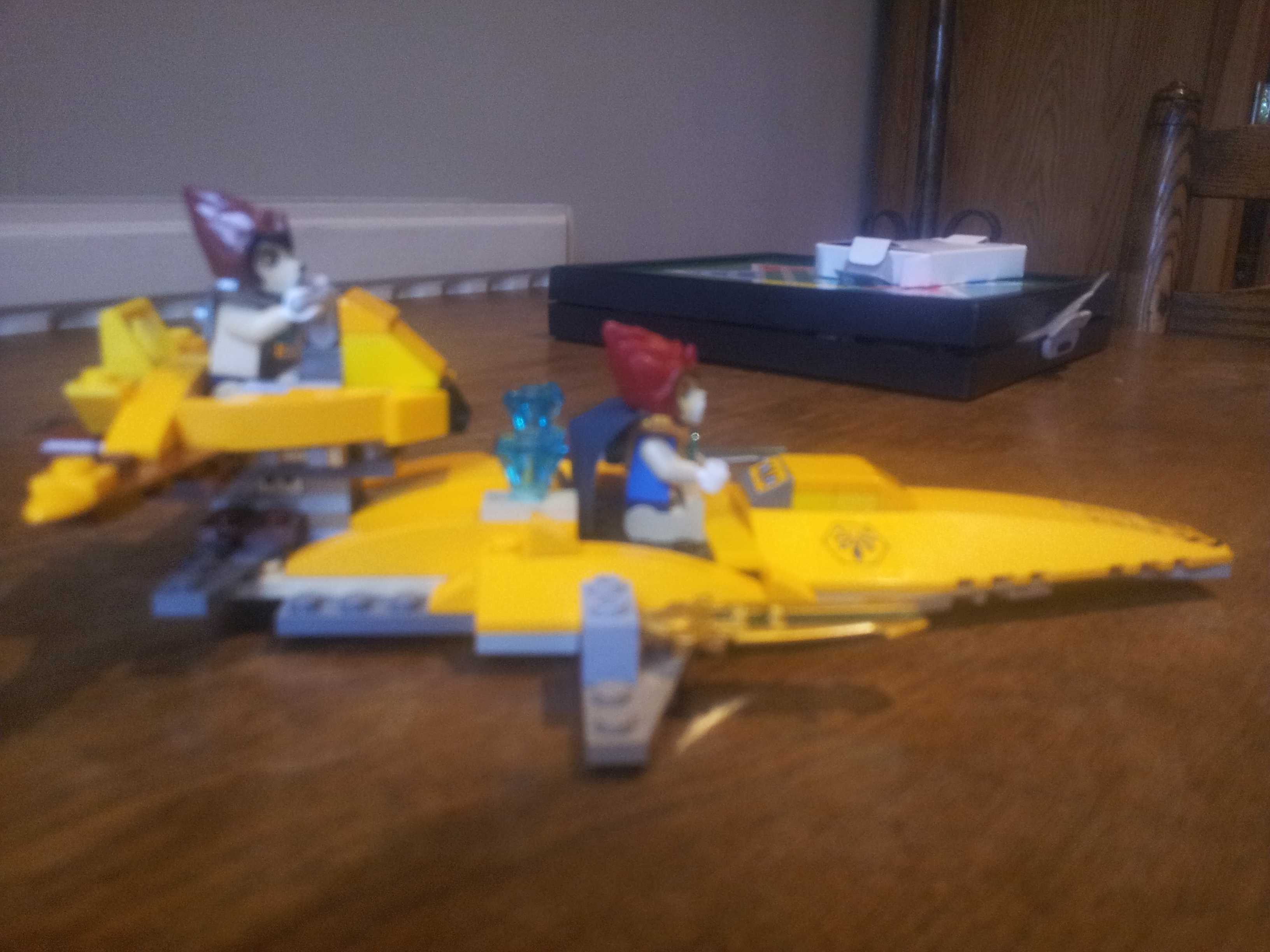 Laval said “Let’s get him, ready… steady…now!”  They turned their machines onto full power and Laval landed the Big Spaceship just behind Crawley; jumping onto his Croc Buggy.

But Laval had a surprise for crawley! He turned his Chi weapon around so the blunt side hit crawley on the head;  knocking him out. Laval took the Chi back to Base and said “We have won the battle for Chi”.

This seems like the end of the story and it would be if it wasn’t for Cragger.  Cragger was at the Base when he heard about Laval and Longtooth’s victory over Crawley. Immediately he climbed into the Croccopter landing in the middle of the Base taking the Chi from its pedestal and leaping back into his machine!

Laval and Longtooth gave chase in their Lionflier. Cragger was speeding off in his Cropcopter looking as though he might win back the Chi, but the Lions blasted him with their freeze-ray; instantly halting him in mid-flight. They landed safely, removed the Chi from Cragger’s frozen grasp and raced back home triumphantly.

Success for the Lion Tribe today, but look out the Chi may not be theirs for long…