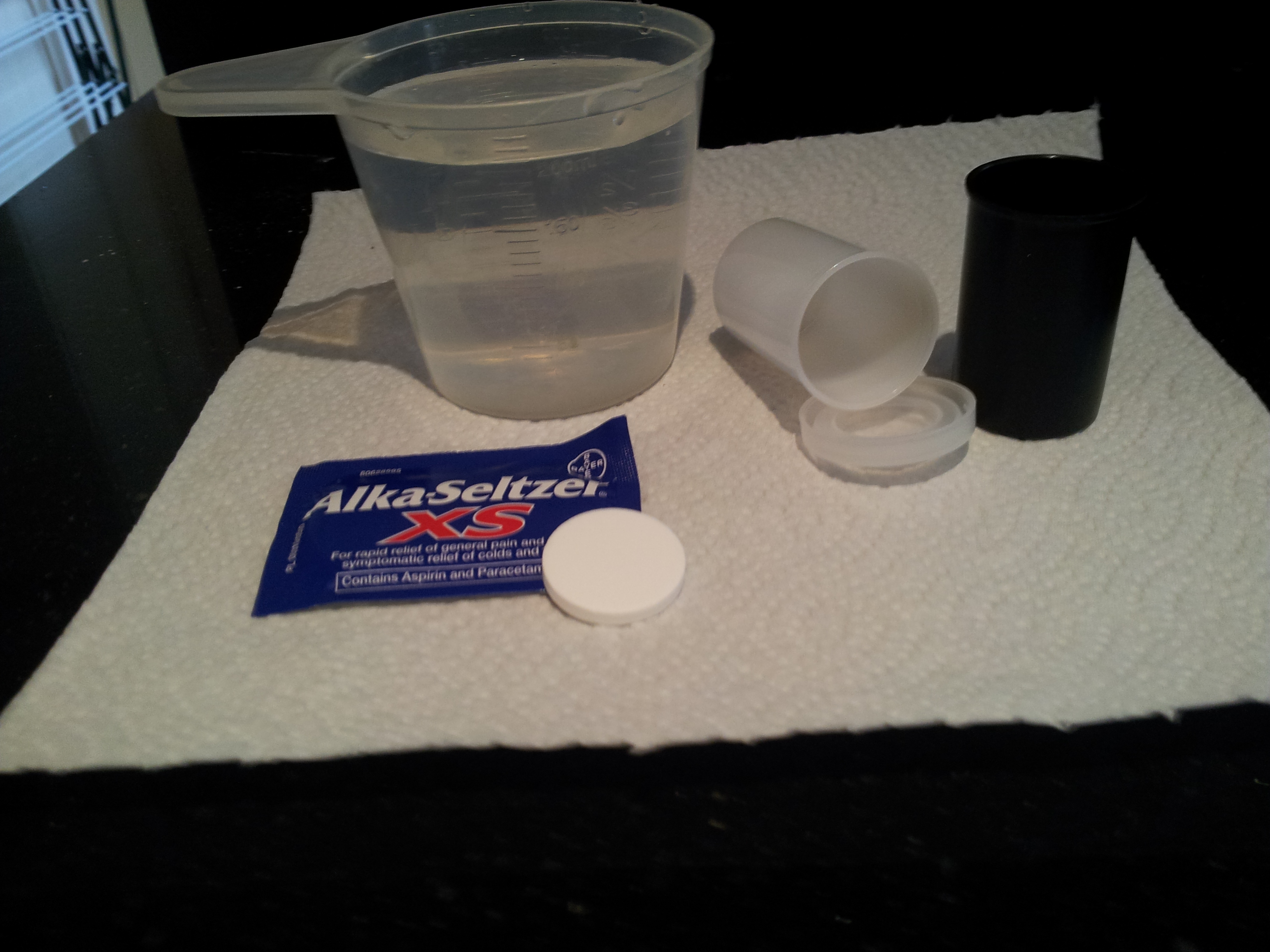 Who would believe that Alka Seltzer, water and a film Cannister could provide such a fun morning of Science!

This suggestion was thanks to Supercharged Science a really inspiring place to learn about science.

Such was the excitment and anticipation of this experiment this morning that the boys finished their schooling in record timing, plus getting the potatoes peeled for lunch and headed out all kitted out in their waterproofs to brave the rain

The launch pad – 4 squares of foam squares – was placed on the lawn. The rocket was loaded (Alka Seltzer placed on film canister lid). A few drops of water were added to the Alka Seltzer and the lid was jammed down hard.

We all stepped back in eagerly, what would happen? 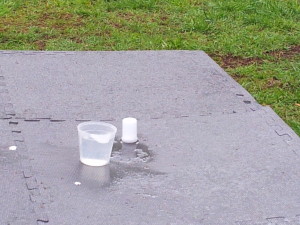 Well, at first, not much. A friendly pop like a pop-gun caused the canister to jump up briefly and fall on to its side, lid just off. We played around with the amount of water and the number of Alka Seltzer tablets and managed to get some quite good lift off.

However the boys were keen to try their effervescent Vitamin C tablets. Would they work? 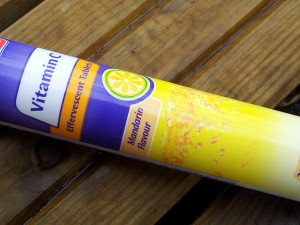 As these are expensive only a couple were used, not really enough to really fine-tune the workings, so Mummy suggested we try Bicarbonate of Soda and Citric Acid.When we looked at the ‘Ingredients’ on our Vitamin C tablets we saw that they began with ‘Citric Acid and Bicarbonate of Soda’. We hadn’t bothered to look at this before.

We used to make Bath Bombs quite a lot and remembered that the ratio needed to be 2:1 so we tried two 5ml spoons of Bicarbonate of Soda and one of Citric Acid.

The result was so explosive Samuel couldn’t even get the lid on it was bursting out with such force. We reduced the quantities by half and this worked better. But unlike the Alka Seltzer you couldn’t put the lid back on with a bit of water and see it pop again and again, the mixture disolved into a sludge that had to be removed.

However, not to be deterred…we got hold of a soup pot and lid:

And that is when the fun really got started!

(Please note Samuel wore safety goggles at all times and the other boys were well out of range!) 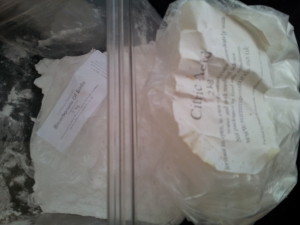 Samuel is now taking over the story…

We used Bicarbonite of Soda , Citrc Acid  and water stuffed into it and snapped the lid on. 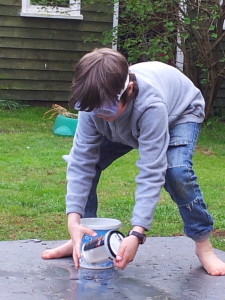 Water added, lid being jammed on.

The soup pot went s0 high compared with the canister with it’s lid buldging and the enormous POP! 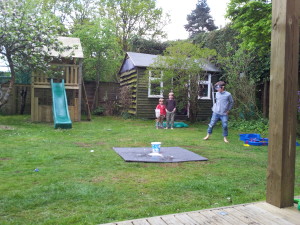 If you look very closely you can see a white thing in front of Daniel in red…that’s the soup pot on its way down!

On one turn it went so high that it went  as high as a two and one half story building. 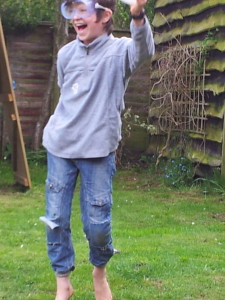 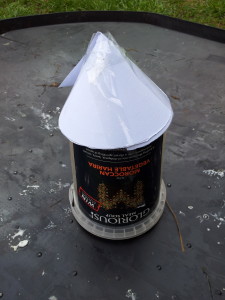