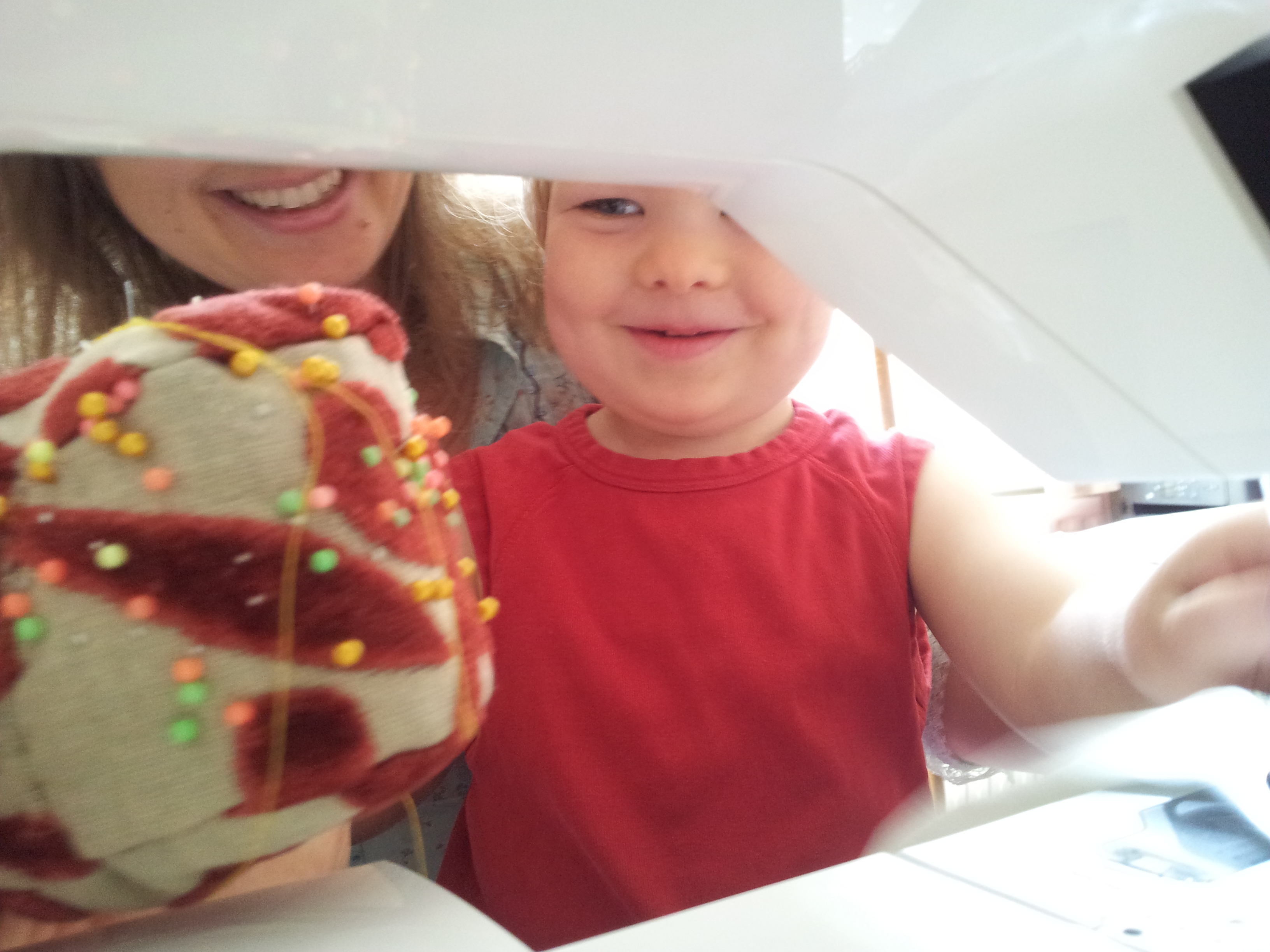 In the wake of our completing The Braithwaite Boys Water Walk I keep thinking about this over and over again. That God is ‘able to do immeasurably more than all we ask or imagine, according to his power that is at work within us’ And truly I say: ‘to Him be glory in the church and in Christ Jesus throughout all generations, for ever and ever!’ (Ephesians 3:20)

It’s as though we have had a little taste of this. Walking six kilometres for me is not a huge undertaking. Walking six kilometres is not unusual for a ten year old, a seven year old, perhaps it’s less standard for a 4 year old like Daniel in the West, but walking 6 kilometres – in the drizzle as it turned out – with four children, the youngest of whom is two years old, on my own was perhaps a mildly brave undertaking.

Perhaps too it was not entirely wise. So when my father-in-law or Grandpops, as his grandchildren call him, volunteered to accompany, us I was grateful and a little relieved to share the load.

I’m not wildly organised, or rather ‘wildly organised’s is probably exactly what I might call myself. My office is not a perfectly clean, well ordered and structured environment. I feel quite pleased when I can see that it consists of two tables, one of which is bright red and the other white, as all too often there’s precious little of the surface to be seen at all. Losing things in my office is not uncommon though, the boys tend to lose more than I do from their ‘school shelves’ which are in my office; The Home Office as we jokingly call it! I know that the learning and education that I see in our sons is not easily pinned on my ‘expertise’ or orchestration.

Now since we finished that walk I know that God was at work in a whole number of ways I can’t even see yet, but it feels as though He was giving me a little nudge. As though he were spuring me on to go further, trust Him with bigger things, believe that He is able to do ‘immeasurably more than all we ask or imagine according to his power that is at work within us’.  Not just know it, but live it.

I suppose what I’m trying to say is that I’ve glimpsed today that what our potential is; what He made us for is so much more than we would ever conceive of or imagine. Not that we should be proud of ourselves, but that as we begin to embrace the reality of being made in His image, He will and can do so much more through us.

And this makes John 14:12-14 all the more accessible, that ‘whoever believes in me will do the works I have been doing, and they will do even greater things than these, because I am going to the Father. 13 And I will do whatever you ask in my name, so that the Father may be glorified in the Son. 14 You may ask me for anything in my name, and I will do it.’

I chose the image of Isaac and I sewing together for this little reflection because, I love to sew. Isaac is sat on my lap where I seek to sit with my Heavenly Father. On Isaac’s face I see the delight as he discovers that he can do something he didn’t think he could; something he thought only Mummy could do, but he has discovered that he can do it with his Mummy and that is wonderful. I’m sure you can see the parallels.

It’s also a fun creative shot that my lovely creative son Joshua took that further reminds me of the ‘hiddeness’ of things in God and that sometimes we get a glimpse of His work in us and that is so encouraging.