This book is about how to code in “Python”, “Scratch” and even a bit of “Javascript”. It makes all programming, even the most difficult parts of coding easy. It is the best book I have yet found on coding; it starts off with basics and slowly gets harder. It is divided into sections about different programming languages and aspects of computers. It also has very detailed instructons on how to make your own computer programs, and some ideas on how to improve them.

I made a game called Monkey Mayhem, shown on this page: 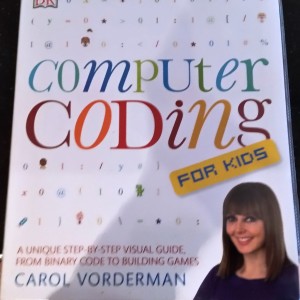 by making this game, I:

A sprite is a character which you can make, if you want to learn some other Scratch basics, click: [ilink url=”https://thebraithwaites.co.uk/?p=2086″]Starting From Scratch[/ilink]

I think this is a very good book for children who want to learn to write programs.